Call for Papers Mnemonics 2017: The Social Life of Memory

This year’s Mnemonics summer school addresses the ‘social life of memory’. Memory studies is based on the premise that memories emerge (as Maurice Halbwachs argued) within ‘social frameworks’. But this is just the first stage of memory’s social dynamics. Those memories which have an impact in culture don’t just stand still, but lead a vibrant ‘social life’: They are mediated and remediated, emphatically welcomed and harshly criticized, handed on across generations, they travel across space, become connected with other memories or turn into a paradigm for further experience. Conversely, books about the past that are not sold and read, oral stories that are not passed on to grandchildren, history films that are not screened and reviewed, monuments that nobody visits, public apologies that do not engender heated debates – all these will fail to have an effect in memory culture. Memory ‘lives’ only insofar as it is continually shared among people, moves from minds and bodies to media and back again, is performed, remediated, translated, received, discussed and negotiated.

Once we conceive of objects and media as part of memory culture, we realize that these are not stable entities, containing unalterable meanings, but that they unfold their mnemonic significance only within dynamic and transitory social processes. This insight entails methodological consequences. It creates the need to use more complex theory/methodology-designs in order to do justice to the moving constellations we study. This may also mean connecting humanities- and social sciences-approaches. Reception theories, reader response theories, audience studies, performance studies, sociological and political science-methods, museum visitor studies, social history, social psychology, ethnography, or actor-network theory – these all belong to the long list of approaches that we may want to draw on in order to study what our research group here in Frankfurt calls ‘socio-medial constellations’ of memory.

The metaphor of the ‘social life of memory’ is not yet a clear-cut concept. However, it resonates with existing ideas, from Mikhail Bakhtin’s ‘social life of discourse’ to Arjun Appadurai’s ‘social life of things’ or Alondra Nelson’s ‘the social life of DNA’. It also brings to mind the ‘afterlife’ of artworks as it was addressed by Aby Warburg and Walter Benjamin. More recently, and within the new memory studies, Astrid Erll and Stephanie Wodianka have addressed the life of ‘memory-making films’ by studying their embeddedness in social contexts and in ‘plurimedial constellations’. In her study of Walter Scott, Ann Rigney has theorized the social (after-)lives of texts and authors in cultural memory.

The summer school welcomes paper proposals that display a keen interest in the dynamic interplay of medial and social aspects of memory culture and that suggest ways to explore ‘the social life of memory’ – from the perspectives of contemporary memory cultures across the globe as well as from historical viewpoints. Possible topics include, but are emphatically not restricted to, the following: 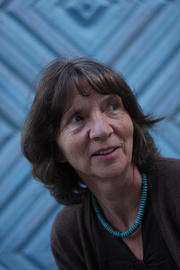 Aleida Assmann is Professor emeritus in English Literature at the University of Konstanz. She has been Visiting Professor at Princeton (2001), Yale (2002, 2003 and 2005) as well as other universities and has received numerous prizes. Among her recent publications in the field of memory studies are Formen des Vergessens (Wallstein, 2016), Shadows of Trauma: Memory and the Politics of Postwar Identity (Fordham University Press, 2015) and Das neue Unbehagen an der Erinnerungskultur: Eine Intervention (C. H. Beck, 2013). An important earlier contribution to the field of memory studies, Erinnerungsräume: Formen und Wandlungen des kulturellen Gedächtnisses (C. H. Beck, 1999), has also been translated into English, as Cultural Memory and Western Civilization: Functions, Media, Archives (Cambridge University Press, 2011). 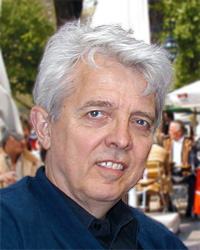 Andreas Huyssen is the Villard Professor of German and Comparative Literature at Columbia University, New York. Before joining Columbia, he taught at the University of Wisconsin-Milwaukee from 1971 until 1986. He served as founding director of the Center for Comparative Literature and Society (1998-2003). He is one of the founding editors of New German Critique and is on the editorial board of various journals. Among his publications in the field of memory studies are William Kentridge, Nalini Malani: The Shadow Play as Medium of Memory (Charta, 2013), Present Pasts: Urban Palimpsests and the Politics of Memory (Stanford University Press, 2003) and Twilight Memories: Marking Time in a Culture of Amnesia (Routledge, 1995).

Anna Reading is Professor of Culture and Creative Industries at King’s College London. She is also a journalist and playwright. Before joining King’s College, she was a researcher at the University of Westminster (1992-1995)  and a Lecturer in the Department of English Literature at the University of Lodz (1988-1989). She directed the Centre for Media and Culture Research, which she founded, at London South Bank University from 2009 to 2011 and was a member of the Institute of Culture and Society at the University of Western Sydney from 2010 to 2012. Among her recent publications in the field of memory studies are Gender and Memory in the Digital Age (Palgrave, 2016), her co-edited volume Save as… Digital Memories (Palgrave, 2009) with Joanne Garde-Hansen and Andrew Hoskins, and The Social Inheritance of the Holocaust: Gender, Culture and Memory (Palgrave, 2002).

The Mnemonics summer school serves as an interactive forum in which junior and senior memory scholars meet in an informal and convivial setting to discuss each other’s work and to reflect on new developments in the field of memory studies. The objective is to help graduate students refine their research questions, strengthen the methodological and theoretical underpinnings of their projects, and gain further insight into current trends in memory scholarship.

Each of the three days of the summer school will start with a keynote lecture, followed by sessions consisting of three graduate student papers, responses and extensive Q&A. Participants are expected to be in attendance for the full three days of the summer school. In order to foster incisive and targeted feedback, all accepted papers will be pre-circulated among the participants and each presentation session will be chaired by a senior scholar who will also act as respondent.

Local organizers: Mnemonics 2017 will be hosted by the Frankfurt Memory Studies Platform, which is an initiative of the Frankfurt Humanities Research Centre. Both are located at Goethe University Frankfurt. Organizers are Astrid Erll, professor at the Institute for England and America Studies at Goethe University, Erin Högerle and Jarula M. I. Wegner, PhD candidates on the DFG research project “Migration and Transcultural Memory: Literature, Film the ‘Social Life’ of Memory Media”.

Costs: 200€. The fee includes conference registration, a private bedroom at Ibis Hotel Centrum close to Frankfurt central station for three nights (September 6-9) and most meals. Travel to Goethe University is not covered, and prospective attendees are encouraged to check travel costs in advance. For those who do not require overnight accommodation, the fee is 50€.

Scholarship: Memory studies is an increasingly global field, and we hope to see this reflected in the composition of the participant group. We therefore encourage graduate students based at non-European institutions, particularly in the Global South, to apply for admission to the summer school. In order to facilitate their participation, Frankfurt offers one scholarship for a fully-funded place at the summer school. Awarded on the basis of both merit and need, it covers all travel expenses, hotel costs, a daily allowance, the conference fee and visa assistance. If you want to be considered for this scholarship, please indicate this in your application, include a budget estimate and disclose any other sources of funding.

Submission: Submissions are open to all graduate students interested in memory studies. About half of the 24 available places are reserved for students affiliated with Mnemonics partner institutions.

Send: A 300-word abstract for a 15-minute paper (including title, presenter’s name and institutional affiliation), a description of your graduate research project (one paragraph) and a short CV (max. one page) as a single Word or PDF document to: mnemonics2017 [at] gmail [dot] com