Call for Papers Mnemonics 2022 – Mnemopolitics: Contested Memories and (Ab)uses of the Past 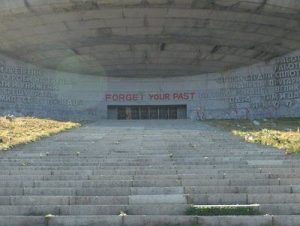 The tenth Mnemonics summer school will be hosted by Södertörn University and its Centre for Baltic and East European Studies from Tuesday 16 to Friday 19 August 2022, and will take place as a hybrid event, both on site at the Sigtuna Foundation in Stockholm and online.

The annual Mnemonics summer school brings together junior and senior scholars in the interdisciplinary field of memory studies, affording PhD students from around the world the opportunity to receive extensive feedback on their projects from distinguished memory experts and to catch up with the newest methodological and theoretical trends in memory studies. Each edition features three keynotes and 24 PhD student presentations followed by in-depth commentaries by senior scholars from partner institutions. Mnemonics is a unique platform for learning, mentoring, and networking specifically designed to meet the needs and interests of the next generation of memory scholars.

The topic of the 2022 edition of the Mnemonics summer school is mnemopolitics, the politics of memory. Now that belief in the redemptive power of memory and the emancipatory role of cultural heritage has waned, the fields of cultural memory and cultural heritage have taken a politicized if not nationalist turn all over Europe and in many other parts of the world (Gaunt, Lane & Mörner, 2020). The past has become a resource to be used for the renewal of nationalist and other political myths. It plays an important role in the formation of political identity and ideology, in what Zygmunt Bauman (2017) called “retrotopia.”

This raises the question of how contested memories shape and guide political communities and political action, and how memory is also increasingly instrumentalized for political purposes by state institutions, a phenomenon referred to as “memory-governance” (Belavusau & Gliszczyńska-Grabias, 2017). Sometimes this takes the form of attempts to silence memories and encourage collective amnesia, e.g. through the passing of “memory-laws” (Koposov, 2018), as in Poland, but also other strategies to prevent free historical research. Many governments not only refuse to deal with restitution for past injustices but also forbid access to important state archives, hinder the teaching of the history of contempo­rary events, and close or withdraw funding from independent research institutions. A recent case in point is the shutting down of Memorial, the Russian NGO working to document the years of communist dictatorship.

The widespread phenomenon of official com­memorative politics includes the creation of historical commissions and institutions, legislating politicized interpretations of historical events, establishing new mu­seums of national trauma, getting into international conflicts over interpretations of history, sponsoring history textbooks for schools, erecting statues to national heroes, and instituting new days of national commem­oration. At the same time, other types of actors work to enhance public political memory for very different purposes: think of representatives of minorities – usually ethnic, religious, or gendered (Reading, 2017) – desiring political recognition of or compensation for past injustices or traumas. Sometimes this takes the form of standing up and speaking for the forgotten dead (Etkind, 2013), to lend them a place in the national narrative; sometimes it leads to the creation of new monuments, museums, and school textbooks (Gutman & Wüstenberg, 2022). When and how do they lead to new forms of amnesia, and when and how can they serve reconciliation and a democracy to come? For a politics of the future, memory is often what is at stake.

We invite paper proposals from PhD students that contribute to any of the aforementioned lines of inquiry or explore their points of intersection. We welcome contributions from across disciplines reflecting on the cultural, social, methodological, or ethical issues in this emerging field of research. Possible topics include, but are certainly not restricted to:

The summer school will include several keynote sessions and general discussions. The main emphasis, however, is on the presentation of PhD work in progress in the form of panels of three students who each give a 15-minute talk that is based on their ongoing research while also relevant to the theme of this year’s summer school. In order to foster feedback and discussion, each panel will be chaired by a senior scholar who acts as respondent and kicks off the extensive Q&A. The summer school will also include a workshop on professional skills and career development.

Participants are expected to present their work in an accessible manner to the group within the time allotted. They are required to pre-circulate their paper to the other members of their panel and the organizers some three weeks in advance of the summer school. Finally, they must to be in full attendance for the duration of the event, in person if possible, online if necessary.

The event will take place at the Sigtuna Foundation (Sigtunastiftelsen), a beautiful Italian villa-style conference venue in Sigtuna, which is 45 minutes north of Stockholm and close to Arlanda airport. Participants are encouraged to participate in person if at all possible, but there will also be the option to participate remotely.

The registration fee for on-site participation in the summer school is €150. That fee covers tuition, single-room accommodation (three nights), and all meals. The registration fee for online participation is €50. Successful applicants will be expected to pay the applicable fee in advance (more information to follow after notification of acceptance).

Submissions are open to all doctoral students interested in memory studies. Half of the 24 available places are reserved for students affiliated with Mnemonics partner institutions. If you wish to be considered for a place, please send a 300-word abstract for a 15-minute paper (including title, name, and institutional affiliation), a description of your doctoral research project (one paragraph), and a short CV (max. 1 page) as a single Word or PDF document to mnemonics2022 [at] sh [dot] se. Please indicate in your application whether you will be attending in person or online. Applications should be submitted by 31 March 2022. Notification of acceptance: 15 April 2022. Deadline for submission of paper drafts: 31 July 2022.

Etkind, Alexander (2013), Warped Mourning. Stories of the Undead in the Land of the Unburied (Stanford: Stanford UP).

Gaunt, D, Lane, T & Mörner, N, ed. (2020), Construction and instrumentalization of the past. A comparative study of memory management in the region (CBEES State of the Region report, Södertörn University).

Gutman, Yifat & Wüstenberg, Jenny (2022), “Challenging the Meaning of the Past from Below: A Typology for Comparative Research on Memory Activists.” Memory Studies 15.6.

Koposov, Nikolay (2018), Memory Wars, Memory Laws. The Politics of the Past in Europe and Russia (Cambridge: Cambridge UP).