The Utrecht Forum for Memory Studies offers an interdisciplinary platform for researchers working in the field of cultural memory who share a common concern with: 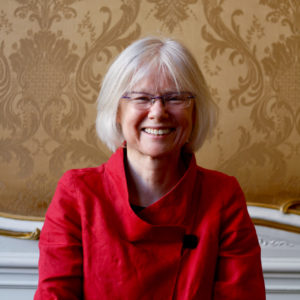 Ann Rigney is Professor of Comparative Literature at Utrecht University and founder of the Utrecht Forum for Memory Studies and of NITMES. Since 2005 she is a fellow of the Royal Dutch Academic of Sciences (KNAW). Ever since her PhD thesis, published as The Rhetoric of Historical Representation: Three Narrative Histories of the French Revolution (Cambridge UP, 1990), she has been fascinated by the intersections between narrative, collective identity, and contestations of the past and present. She has published widely in the field of modern memory cultures, with projects both on the nineteenth century and on contemporary developments. She has played an active role in cultural memory studies with a particular focus on issues relating to mediation, transnationalism, and the European project. Her many publications include The Afterlives of Walter Scott: Memory on the Move (Oxford UP, 2012), Mediation, Remediation, and the Dynamics of Cultural Memory (edited with A. Erll, 2009), Commemorating Writers in Nineteenth-Century Europe: Nation-Building and Centenary Fever (edited with Joep Leerssen, 2014), and Transnational Memory: Circulation, Articulation, Scales (edited with Chiara De Cesari, 2014). She is currently working on a new project related to the long-term cultural memory of protest. 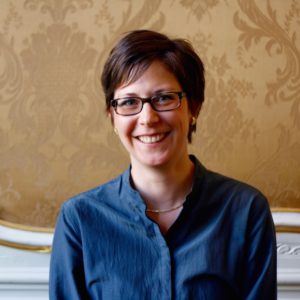 Susanne C. Knittel is Assistant Professor of Comparative Literature at Utrecht University. She holds a Ph.D. in Italian and Comparative Literature from Columbia University, New York (2011). In her research she explores questions of memory, commemoration, and cultural amnesia; the figure of the perpetrator and the politics of memory; and the relationship between memory studies, disability studies, and posthumanism. She is particularly interested in the interaction of literature and other cultural media as vehicles of both majority and minority memory at the local, national, and transnational level. Her monograph The Historical Uncanny: Disability, Ethnicity, and the Politics of Holocaust Memory (Fordham UP, 2015) is a comparative study of German and Italian postwar memory culture. Her current research project, Faces of Evil (supported by a grant from the Netherlands Organisation for Scientific Research (NWO) from 2013-2016) focuses on the figure of the perpetrator in contemporary memory culture. She is the co-organizer of the Utrecht Forum for Memory Studies and the founder of The Perpetrator Studies Network. She is also editor-in-chief of the Journal of Perpetrator Research. Most recently, she has published “Memory after Humanism,” a special issue of Parallax (2017), co-edited with Kári Driscoll.

Founded in 1636, Utrecht University has evolved into a modern and leading institution with a growing international reputation. The Shanghai Ranking ranks the university as the number one university in the Netherlands and as number 57 worldwide. It offers 50 Bachelors and 169 Masters degree programmes, many of them English-taught. The university is home to 29,755 students and 6,500 staff. In the EU FP7 programme, Utrecht University was awarded 265 grants, of which 91 within the Marie Curie Actions (63 for MCA Individual Fellowships and 28 for MCA ITN). The Faculty of Humanities incorporates 3 research institutes, including the Research Institute for Cultural Inquiry (ICON). It is situated in the historic centre of the city, which was founded by the Romans, blossomed in the Middle Ages, and is now a lively student town.