University of Illinois at Urbana-Champaign

The Holocaust, Genocide, and Memory Studies Initiative was inaugurated in fall 2009 at the University of Illinois. The interdisciplinary initiative—housed within the Program in Jewish Culture and Society—provides a platform for cutting-edge research, teaching, and public engagement related to the history, memory, and representation of genocide and trauma. The faculty offer courses at the undergraduate and graduate levels through departments such as Anthropology, Comparative Literature, English, German, History, Religion, and Slavic Studies. The Initiative also offers a Graduate Certificate in Holocaust, Genocide, and Memory Studies. HGMS regularly hosts a works-in-progress seminar where local and visiting faculty and graduate students present new research. Yearly conferences and frequent distinguished lectures have brought scholars from around the world to Illinois to discuss pressing issues in the study of memory, trauma, and genocide from a variety of disciplinary, methodological, and theoretical perspectives. 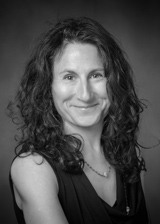 Brett Ashley Kaplan received her Ph.D. from the Rhetoric Department at the University of California, Berkeley and now Directs the Program in Jewish Culture & Society and the Initiative in Holocaust, Genocide, and Memory Studies. She is a Professor and Conrad Humanities Scholar in the Program in Comparative and World Literature at the University of Illinois, Urbana-Champaign. Her first books, Unwanted Beauty: Aesthetic Pleasure in Holocaust Representation (2007) and Landscapes of Holocaust Postmemory (2011), examine the Shoah’s intersections with art and space; her latest work, Jewish Anxiety in the Novels of Philip Roth (2015), analyzes counterintuitive anxieties in Jewish American fiction focalized around Roth. She is currently researching a new project about the intersections of black and Jewish arts and literatures in France, Britain, and the U.S.

Since its founding in 1867, the University of Illinois at Urbana-Champaign has earned a reputation as a world-class leader in research, teaching, and public engagement. Academic resources on campus are among the finest in the world. The University Library is one of the largest public university collections in the world with 11 million volumes in its 37 unit libraries. Nearly 28,000 undergraduate students are enrolled in nine undergraduate divisions, which together offer some 4,000 courses in more than 150 fields of study. The University enrolls over 9,000 graduate and professional students in more than 100 disciplines. It is among the top five universities in number of earned doctorates awarded annually in the United States.