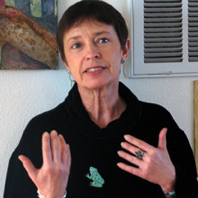 Gabriele M. Schwab is Chancellor’s Professor at the University of California, Irvine. She holds appointments in the departments of Comparative Literature, Anthropology, English, and European Languages and Studies. She received her PhD in literary studies and critical theory at the University of Constance and a PhD in psychoanalysis from the New Center for Psychoanalysis in Los Angeles. She is the recipient of a Guggenheim Fellowship and a Heisenberg Fellowship, and her research interests range across critical theory, psychoanalysis, trauma studies, literature and anthropology, and 20th- and 21st-century comparative literatures. Her monographs in English include Subjects without Selves: Transitional Texts in Modern Fiction (Harvard UP, 1994); The Mirror and the Killer-Queen: Otherness in Literary Language (Indiana UP, 1996); Haunting Legacies: Violent Histories and Transgenerational Trauma (Columbia UP, 2010); and Imaginary Ethnographies: Literature, Subjectivity, Culture (Columbia UP, 2012). Currently she is working on a book on nuclear necropolitics titled Radioactive Ghosts.