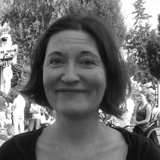 Kristina Fjelkestam is Professor in Gender Studies at the the Department of Etnhology, Religion and Gender (ERG) at Stockholm University. She is a participating scholar in the research project “Time, Memory, and Representation” (histcon.se). Some of her more recent publications in the historiographic field include ”Does Time Have a Gender? Queer Temporality, Anachronism, and the Desire for the Past”, The Ethos of History. Time and Responsibility, ed. Stefan Helgesson & Jayne Svenungsson, Oxford: Berghahn Books 2018, ”En-Gendering the Sublime: Aesthetics and Politics in the Eighteenth Century”, NORA: Nordic Journal of Women’s Studies, 1:2014, ”Alcott, Little Women, and the Popular Sublime”, American Studies in Scandinavia, 45:1-2 2014, ”Gendering Cultural Memory: Balzac´s Adieu”, Culture Unbound: Journal of Current Cultural Research vol 5:2013. 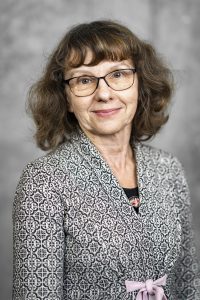 Barbara Törnquist-Plewa is a professor of Eastern and Central European Studies at Lund University in Sweden. In the years 2005-2017 she was the head of the Centre for European Studies in Lund, and since 2018 she has been dean of research at the Joint Faculties of Humanities and Theology. Her main research interests are nationalism, identity, and memory politics in Eastern and Central Europe. She has participated in many international research projects in the field of memory studies; for example, in the years 2012-2016 she was the leader of the large research network “In Search for Transcultural Memory in Europe” (financed by the EU’s COST-programme), and in the years 2017-2020 she was co-leader of the Nordic research network on Historical Trauma Studies funded by the Nordic Research Council. She is the editor and author of a number of books and articles in English, Swedish, and Polish. These include The Twentieth Century in European Memory, Amsterdam 2017, and Disputed Memory: Emotions and Memory Politics in Central, Eastern and South-Eastern Europe, Berlin/Boston 2016 (both edited with Tea Sindbaek Andersen) and Whose Memory? Which Future? Remembering Ethnic Cleansing and Lost Cultural Diversity in Eastern, Central and Southeastern Europe (New York-London 2016). 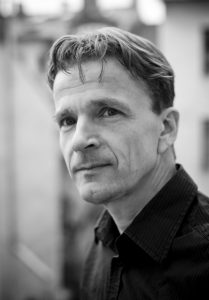 Hans Ruin is professor of philosophy at Södertörn University College (Stockholm), where he led the multidisciplinary six-year research programme “Time, Memory, and Representation” (2010-2016). His research interests include phenomenology, hermeneutics, Nietzsche, modern French thought, and ancient philosophy, theory of history and of memory. He is the co-editor of Nietzsche’s collected work in Swedish. He has also translated into Swedish texts by Heraclitus, Derrida, Husserl, and Heidegger. He has edited Rethinking Time: Essays on History, Memory, and Representation (2011), Historiens Hemvist I-III (“The Ethos of History”, 2016), Mellan minne och glömska. Studier i det kulturella minnets förvandlingar (“Between memory and forgetting: Studies in the transformations of cultural memory”, 2016). In 2019 he published the monograph Being with the Dead: Burial, Ancestral Politics and the Roots of Historical Consciousness in the Stanford series Cultural Memory in the Present. His two most recent books are an introduction to Husserlian phenomenology (Reduktion och reflektion) and a collection of essays on Nietzsche (I förnuftets skugga), both in Swedish.

tockholm University is one of the largest universities in Sweden with over 60,000 students and 6,000 employees. Its Faculty of Humanities is the largest in the country, and consists of some twenty different departments.

Lund University is a public research university in Sweden and one of northern Europe’s oldest universities.

Södertörn University is located in southern Stockholm, and currently has 13,000 enrolled students. Its keywords are multidisciplinary, multicultural, and civic education.