The Frankfurt Memory Studies Platform (FMSP) was founded in 2011 by Astrid Erll as an initiative of the Forschungszentrum für Historische Geisteswissenschaften (FzHG). It brings together people and projects from history, sociology, literature, arts, media studies, psychology, and other relevant disciplines in a dialogue about memory. It wants to shape the future of memory studies by developing and discussing new research questions and new methodologies. The activities of the FMSP revolve around three main research lines: Transcultural Memory, the Mediality of Memory, and Memory and Narrative. 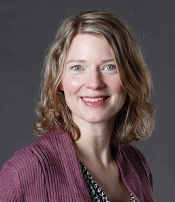 Erll is general editor of the book series Media and Cultural Memory (with A. Nünning, De Gruyter, since 2004) and co-editor of A Companion to Cultural Memory Studies (with A. Nünning, 2010) and Mediation, Remediation, and the Dynamics of Cultural Memory (with A. Rigney, 2009). More recently, she published with Ann Rigney Audiovisual Memory and the (Re)Making of Europe (Image & Narrative, 2017) and Cultural Memory after the Transnational Turn (Memory Studies, 2018). She is author of Memory in Culture (Palgrave 2011), an introduction to memory studies which was originally published in German as Kollektives Gedächtnis und Erinnerungskulturen (2005, 3rd ed. 2017) and has also been translated into Chinese, Spanish, and Polish.

In 2016, she received a research grant from the VolkswagenStiftung for an “Opus Magnum” on the reception of Homer as cultural memory (“Odyssean Travels: A Literary History of Cultural Memory“). This is her ongoing research project.

Hanna Teichler holds a PhD from the Department of Anglophone Literatures and Cultures, Goethe University Frankfurt, and an MA degree in English, French, and Portuguese philology. She works as a research associate at the Department of Anglophone Literatures and Cultures at Goethe University Frankfurt. Her PhD thesis on reconciliation processes in Australia and Canada and their resonance in contemporary transcultural literature and film, titled Carnivalizing Reconciliation, is under review for publication. Her postdoc project engages with oceanic memories. Her research projects are located at the intersection of memory studies, postcolonial studies, and world Anglophone studies. She has published essays on memory and WWI, travelling memories in the context of forced labor migration, and memory and postcolonial studies. Hanna is a member of the MSA Executive Committee, the Frankfurt Memory Studies Platform, and GAPS.

Goethe University Frankfurt, positioned among the top international research universities, offers a wide variety of academic programmes, a diverse group of research institutes, and a focus on interdisciplinary approaches to solving complex problems. The university is named after Johann Wolfgang von Goethe, the Frankfurt-born polymath renowned for his exceptional contributions to literature, science, and philosophy. Founded in 1914 with private funding and inspired by the legacy of the European Enlightenment, Goethe University stands out as a pioneering “citizens’ university”—and the history of the university is one of openness and public participation. Situated in Germany’s most cosmopolitan and international city, the university attracts a diverse body of students and researchers from around the world. Students at Goethe benefit from studying and living in Frankfurt, the largest financial and trading centre in Europe—with plenty of opportunities to learn and practise speaking German. Today, Frankfurt is rated among the top 10 most liveable cities in the world (according to Mercer Human Resource Consulting).