The Danish Network for Cultural Memory Studies is a collaboration between scholars from primarily Copenhagen University and Aarhus University. It is a continuation of a network at Aarhus University founded in 2008 comprising scholars from Aesthetics, Scandinavian studies, Anthropology, and History. The central focus of the network is the aesthetics and practices of memory cultures and works of art. Approximately 15 faculty members and 15 graduate students are part of the network. 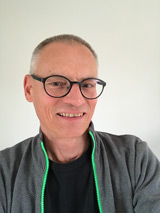 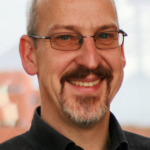 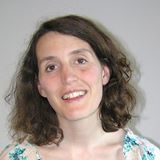 Jessica Ortner is a postdoc at the University of Copenhagen and currently holds a grant from the Danish Council of Independent Research. Ortner examines the impact of art and literature on cultural memory as well as the developments of German and European memory culture from 1945 until today. She is specialized in German-language Holocaust literature written by the second and third generations, reconstructions of the 20th century’s atrocities in contemporary Eastern-European migrant literature, and political usages of Europe’s traumatic histories. Working with the concepts of traveling memories, transnationalism, and postmemory, Ortner examines the extent to which the present family novel develops in relation to, or across, national boundaries.  She obtained her PhD degree with a thesis on the Austrian writer Elfriede Jelinek, focusing on Jelinek’s literary strategies of representing the Shoah and broaching Austria’s national socialist past. Recent publications include “Multidirectional Literature as Subversion: Transcultural Tendencies in German Jewish Literature after 1990” (2017, in print), “Diaspora, Postmemory, and the Transcultural Turn in Contemporary Jewish Writing” (2015), “Magical Realism in the Holocaust Literature of the Postwar Generations” (2014), and the monograph Poetologie “nach Auschwitz”: Narratologie, Semantik und sekundäre Zeugenschaft in Elfriede Jelineks Roman “Die Kinder der Toten” (2016). 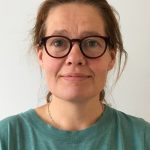 Tea Sindbæk Andersen teaches East European Studies at the Department of Cross-cultural and Regional Studies, University of Copenhagen. Tea’s research focuses on the contemporary history of Southeastern Europe, especially on issues related to cultural memory, uses of history, identity politics and popular culture in the Yugoslav area. 2012 – 2016, she was vice-chair of the European research network In Search of Transcultural Memory in Europe funded by EU/COST. Tea is a member of the executive committee of the Memory Studies Association (MSA) and co-hosted the MSA annual conference in Copenhagen, December 2017. With Jessica Ortner, she co-edited the special issue ‘Memories of Joy’, Memory Studies 2019 (vol. 12: 1). She is the author of Usable History? Representations of Yugoslavia’s difficult past from 1945 to 2002 (Aarhus University Press 2012) and, with Barbara Törnquist-Plewa, co-editor of Disputed Memory. Emotions and memory politics in Central, Eastern and South-eastern Europe (De Gruyter 2016) and The Twentieth Century in European Memory: Transcultural Mediation and Reception (Brill 2018).

Aarhus University is one of Denmark’s two large universities with 38,000 students and 11,000 employees. The Faculty of Arts is organized in three departments with a wide variety of interdisciplinary research programmes.

The University of Copenhagen was founded in 1479 and is one of the oldest universities in Northern Europe. It is one of Denmark’s largest educational institutions with 37,000 students and more than 7,000 employees. The Faculty of Humanities is organized in eight departments carrying nearly 50 different educational programmes.